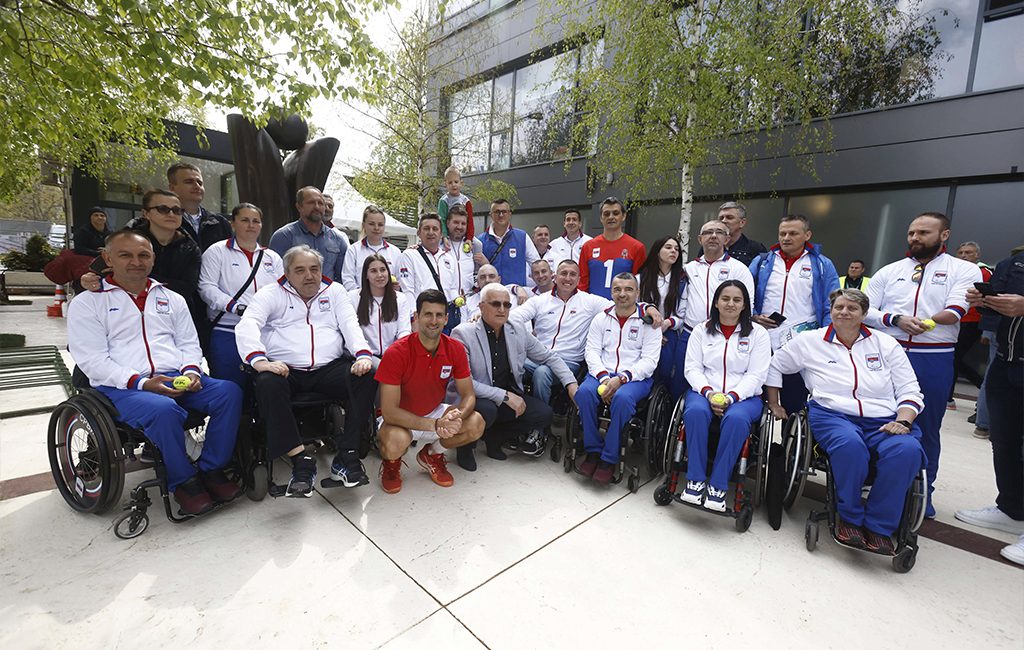 Members of the Serbian Paralympic team, headed by the president of the Paralympic Committee of Serbia Zoran Mićović were guests at the Serbia Open tournament today, and visited the best tennis player in the world on the occasion. After his practice session
with Aslan Karatsev, Novak Đoković joined his guests who waited for him at the entrance to the court.

Đoković was not hiding his excitement to have the support of the Paralympians ahead of his match with Đere at the Serbia Open tomorrow, and he promised his guests to pay them a return visit soon.

“Thank you. It is a real pleasure and an honour to have you here. You are heroes and an inspiration to all of us. Once again, thank you for representing Serbia in the world in the best possible way, for demonstrating to everyone that despite difficulties, a person can succeed when there is faith and desire. Thank you for that message,” Novak Đoković added.

He received a T-shit as a gift from the members of the Paralympic Committee of Serbia.

World No. 1 Novak Đoković, with a recognizable smile on his face, insisted: “I’ll put it on right away. I want to have us all wearing the same colours. We are one team,” Đoković reiterated.

Afterwards, Paralympic athletes also received their gifts. They will all remember their visit to the complex of tennis courts, the venue of the Serbia Open, situated close to the Danube River, because they have all received very valuable souvenirs.

“I prepared gifts for you too. Here you are. Please take these signed tennis balls,” Novak Đoković distributed gifts to all his guests.