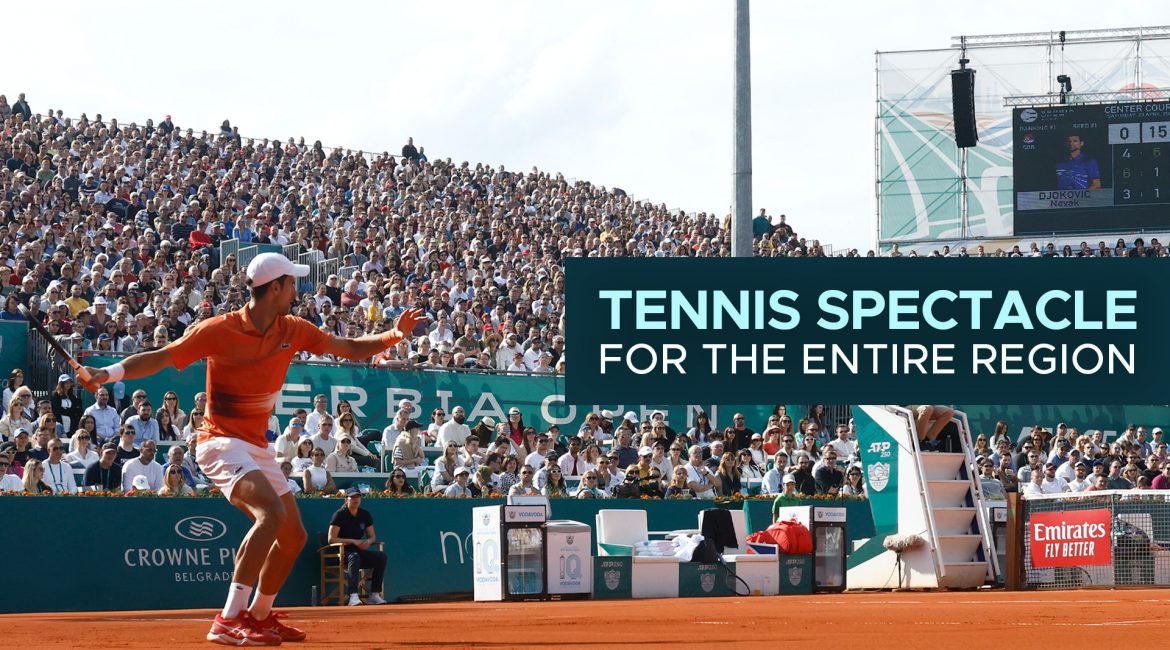 Director of the Serbia Open tournament, Djordje Djokovic, talked about the temporary
relocation of the Serbia Open tournament to Banja Luka, and the amazing sports complex
that awaits the tennis fans in this city, announcing:
“We are coming back to Belgrade in 2024, with high hopes for the upgrade to ATP500!”
The Serbia Open tennis tournament will be temporarily moved to the city of Banja Luka, while the
“Novak” tennis center in Belgrade makes necessary improvements and tries to fulfill the required
conditions for applying for ATP 500 license, possibly hosting this ATP tournament in the near future.
The entire Serbia Open organization team, led by the tournament director Djordje Djokovic, will
participate in the organization of the event in Banja Luka, which will be held in April 2023. The
tournament relocation has been agreed upon in advance with the ATP tour.
"Banjaluka was our choice for this period of relocation for several reasons. First and foremost, the existing
tennis complex of the Tennis Association of the Republic of Srpska has great conditions. With 9 clay
courts, two of which can host more than 2000 tennis fans, and the new central court with almost 6000
seats that we plan to build, we will have more than a perfect location for this kind of tournament. Inside
the tennis complex, we also plan to open a big FAN village, where tennis fans will be able to enjoy many
different contents and spend time with their favorite tennis players”, said the tournament director,
Djordje Djokovic, adding:
“I believe that tennis fans will be eager to visit this event and that, in Banja Luka, we will surpass the
attendance of over 40,000 visitors we had in Belgrade this year.”
The Association of Tennis Professionals (ATP) easily agreed to this relocation.
"The ATP accepted Banjaluka as a suggested location for 2023. because this city has been successfully
hosting the ATP Challenger 80 for 20 years. Also, this city is a well-known destination for both foreign
and domestic players, who were always welcomed with open arms. Having all of this in mind, I believe
that Banjaluka absolutely deserves to be the host of the ATP 250 tournament in 2023.”
The tournament director also confirmed that Novak Djokovic, one of the best tennis players in the world,
will participate in this tournament.
“That is the plan and what we hope to happen. If everything is well, regarding his health and physical
readiness, he will play in Banjaluka in 2023.”
The temporary movement to Banjaluka should help the organizers of the Serbia Open tournament to
improve the conditions in the Novak Tennis Centre and thus have a better chance of applying for the ATP
500 license.
“The ATP 500 license is still our priority, and we are one of the candidates considered for this license in
the future. Knowing this, to prepare for that moment in every possible way, we decided to temporarily
relocate the tournament from Belgrade and try to improve the tennis complex we currently have. We
constantly try to improve the organization, bring the best tennis players in the world, and raise the bar in
every aspect of the tournament, from the conditions and experience of the player to different innovations
and actions during the event. This decision was made in line with that vision, and we will do our best in
2023”, concluded Djokovic.