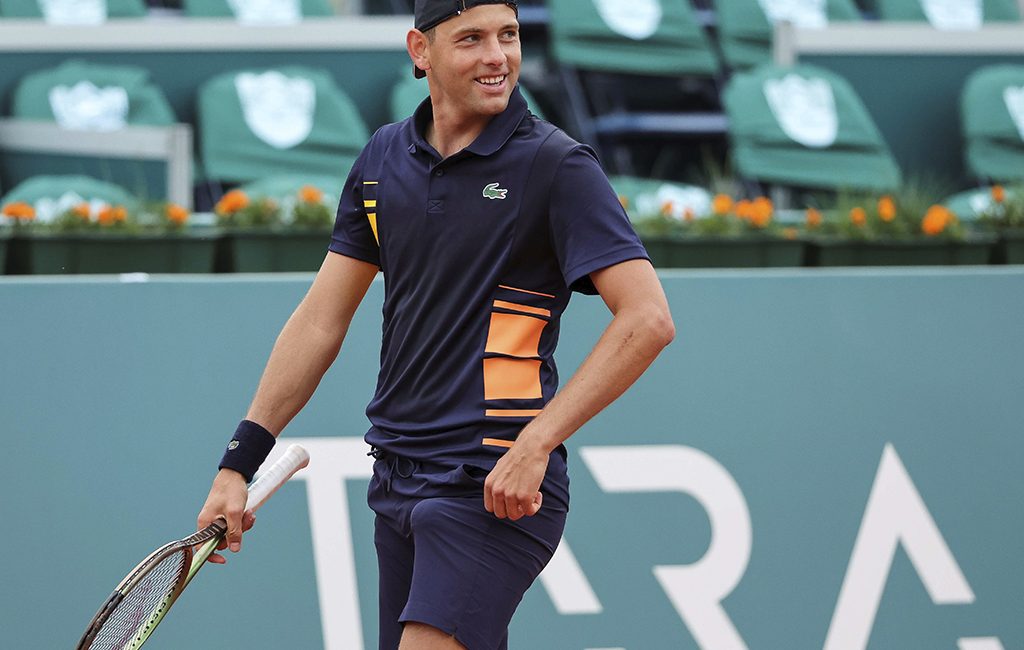 Filip Krajinović has emerged victorious after a 107-minute long match with Belgian tennis player David Goffin on Centre Court. After an emotional second set, the Serbian tennis player managed to secure a victory, 6:3, 7:6(4).

“Having the support of home crowd is a great advantage, and I felt it today despite the fact that I was in the lead throughout the match and a favourite to win. I was close all the time but not able to bring the match to an end. It is normal to have ups and downs during the match. I lack self-confidence since I haven’t played many matches. Unfortunately, I’ve lost many matches lately. So I am very happy to have beaten Goffin. Everybody knows who is Goffin and what kind of player he is. When I saw the results of the drew, I knew it would be really difficult. I managed to win in straight sets, which is a very good result for the first round.”

The tennis vet admitted that he was not so happy with the draw.

“When you believe in yourself, then you don’t care about the opponent in the first round. I did not want Goffin, he’s a nightmare for all of us. He has recently won a tournament and came to Belgrade feeling very confident. On the other hand, I knew that home crowd would support me and that I’ve beaten him twice in the past. I’ve played this tournament before. I’ve been through all the matches. I also knew that when I stepped on the court, fear would disappear.”

Although his self-confidence is damaged, Krajinović highlights that he feels good on the court.

“I really feel good mentally, and I’m also in good shape. I admit I’ve had high expectations in the first round. I was really nervous, which became obvious at certain moments. I haven’t played in front local audience for quite some time. I wanted to demonstrate my game but, on the other hand, I haven’t played many matches. Taking everything into account, I’m really happy.”

Our tennis player’s next opponent will be Brazilian Monteiro won defeated Sousa.

“Monteiro is a phenomenal player. He’s been playing well and likes to play on clay. Playing a left-hander can be a difficult task. He should not be underestimated. He won several matches, so I’ll be very focused on the match. This is just the first round, a difficult task awaits me. I’ve known Monteiro for a couple of years now. I’m looking forward to another match tomorrow. I know it will rain so I’ll probably spend a lot of time waiting.”

Krajinović also discussed his ambitions for the Serbia Open.

“I did not come here to play just the first round. I’ve set higher expectations for myself. I plant to make it far at the tournament.”

After the Belgrade tournament, Filip Krajinović plans to continue to play on clay and his next stop is Germany.

“I’ll participate at all tournaments played on clay. I skipped Miami because of the death in the family. I practiced a lot on clay so I’ll be playing Munich, Rome, Madrid and Roland-Garros,” Krajinović concluded.

Krajinović also talked how he holds the Belgrade tournament, namely the Serbia Open, close to his heart.

“It’s always great to be here. I like to play on these courts. I lost in the first round at the first tournament but last year I reached the semi final. My close friends live here and we’ve had such a great time this week. It’s nice to have people come and watch the matches. I practice here often, I’m familiar with the conditions and the courts and the atmosphere is fantastic.”

The Sabanov brothers are exceptional

The Sabanov brothers, Ivan and Matej, are Filip Krajinović’s close friends. At the beginning of their career, he helped them a lot and the Sombor-native even passed them on some of his racquets in the past.

“They are exceptional. I’ve known them my whole life. We are very close friends. I’m glad that they have found their place among top players in tennis. They deserve that because they work very hard. Whether I used to give them my racquets is not so important. Everything belongs to us. They deserve all the attention they are getting and I’m their biggest supporter,” Krajinović concluded with a smile.