Khachanov: Novak knows how to read the opponent and steps up his game when necessary 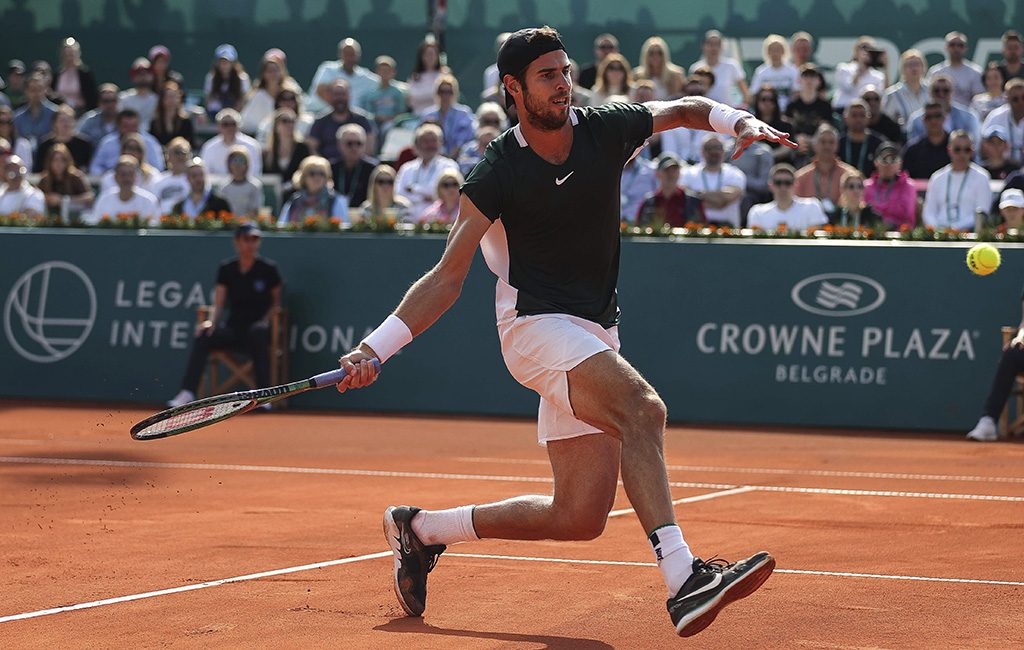 Karen Khachanov got off to a good start and won the first set but this was all he was able to do today. Then Belgrade audience showed their support for Novak Đoković in full force and it became very clear in the second set that the world No. 1 was heading for a victory.

Despite all Khachanov’s efforts to be as precise as possible, his opponent was better. The Russian did his best, trying to throw Đoković off his game, he switched tactics, but, after a precisely two-hour long battle, he had to admit his defeat. Novak has earned his place in the final of the Serbia Open.

“I watched him play his last two matches, against Serbian tennis players. He had to battle back from a set and a break down at both matches, and he managed to fight back. That’s his strongest point. As if he knew how to read the opponent in the first set and then come up with a solution in the second. You get a feeling that he can turn the switch on and off when needed. He was playing a bit defensively at the start of the match, I took the advantage of that, I attacked and won the first set. Once he turned the switch on in the second set, we had a completely different match. I tried to fight back but I missed a couple of shots. I was not able to find a solution for his game. I would like to have more wins against him. I’ve defeated him only once,”

Khachanov said at the end of the match.

Novak Đoković’s mental toughness is, according to Khachanov, is also his advantage over his rivals.

”Đoković played aggressively in the second set. He knows how to bounce back, which makes him one of the best tennis players in the world. If you miss your chance against him, you’ll lose.”

He also talked about enormous support of home crowd for Đoković during the match. Belgrade audience greeted some Khachanov’s shots with an applause as well but egged on the world No.1 during the entire match.

“I asked for a little support of Serbian fans and I got it. I was getting ready for an atmosphere resembling a football match. The crowd was outstanding and I wish we had such atmosphere in Russia. I enjoyed my time at Centre Court. It was really special to be able to play in front of full stands. I thank the spectators for their greetings at the end of the match. I felt wonderful.”

“Safiullin withdrew, and I played literally two matches at the tournament, which I find a bit strange. I expected more matches. I’m satisfied with reaching the semi-final which will serve as an introduction for other tournaments, especially Roland-Garros. I lost to Đoković after I won the first set, and I plan to analyse the match and seek to make improvements in my game in the rest the season,” Khachanov explained.