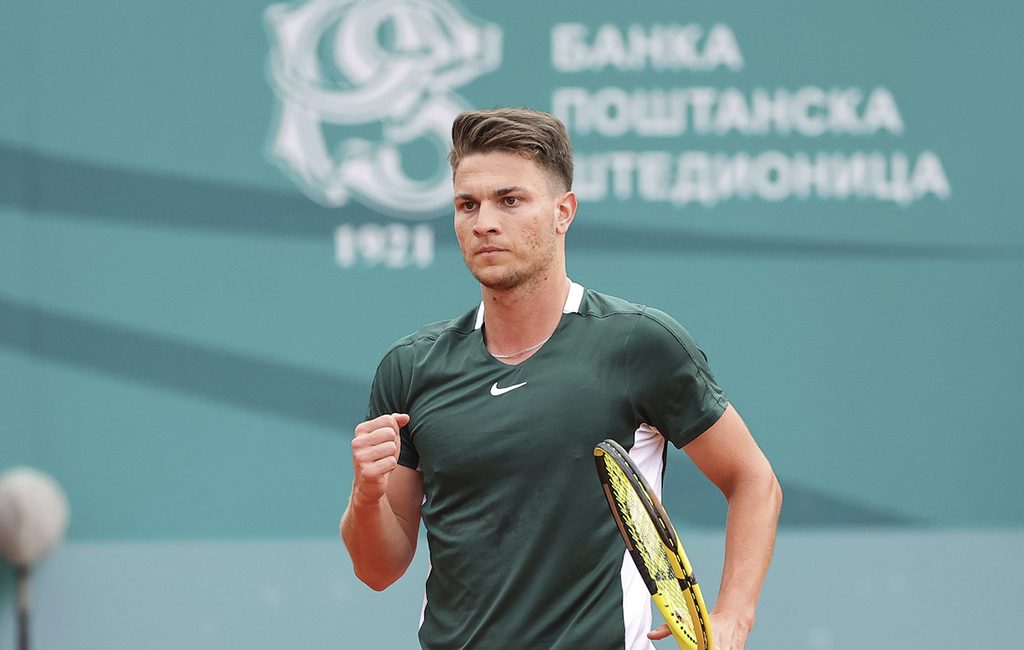 Miomir Kecmanović has beaten French veteran Richard Gasquet 6:0. 6:3. The Serbian tennis player is in the best shape of his life and won more easily than expected.

The second best ranked Serbian tennis player has admitted that clay is “not his favourite surface” to say the least but that he felt good during the match with the experienced French player.

“I feel much better, I move much better and I think much better on clay than before although I don’t like it. I believe I’ve learned how to play on clay and build my points in a different way. The fact that I played in Argentina and Brazil, instead of hard court, as well as my last year’s experience here, helped me improve my game,” said Kecmanović.

French player Richard Gasquet is a tennis veteran but this triumph will help Kecmanović build self-esteem.

“It is true that Gasquet is not at the top of his game but he is still a worthy opponent. I made pressure since the very start, and I did not let him play. I played aggressively and somehow everything came my way.”

Novak Đoković praised Kecmanović’s tennis and underlined that Kecmanović improved his movements on the tennis court. We could tell based on his smile that Miomir is pleased with the compliments of the best Serbian player.

“We have worked a lot to improve my movements. We have focused on that. Last year it was not so obvious until it “stuck” with me but I think I’m finally there.”

Kecmanović’s next opponent will be the winner of the match between Dominic Thiem and John Millman.

“They are both good players. Thiem is still not at the same level he was when he was the 3 rd best player in the world but he is still a difficult opponent. It won’t be easy but if I play like I did today I should be ready. I’ll say again that I don’t care who the opponent is. I have to think about my own game and how to play. It won’t be easy against any of the two. “

Although he is not so fond of clay, the young tennis player plans to spend much time on clay before the French Open.
“I’ll play almost all tournaments on clay: Munich, Madrid, Rome and Roland-Garros. When it comes to my expectations, I didn’t win any matches last year and everything better than that is already a success. It is important to continue in the same way, play well and the results will most certainly come,” Kecmanović concluded.

Spectators at Centre Court cheered for Kecmanović from the very start of match to the last point, something the young player appreciates. “I’ve had phenomenal support of home crowd at Centre Court. Honestly, I was a bit surprised that so many people came having in mind that this is the first round and a working day. I’m very glad to have experienced this,” Miomir Kecmanović explained.