Đoković: It was my best tennis this season 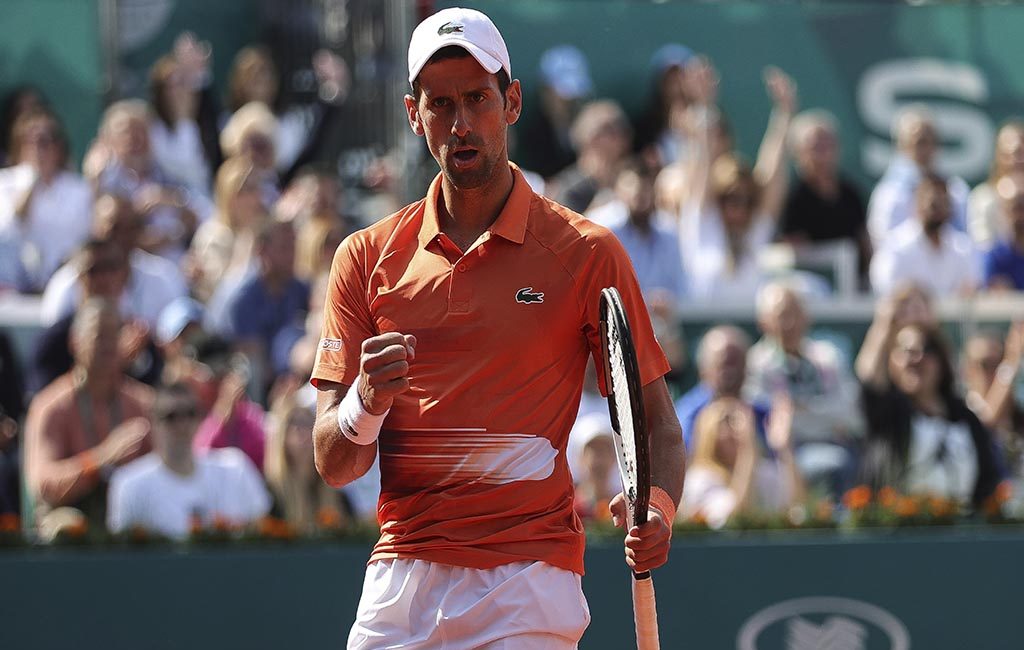 Feeding off the energy of phenomenal Belgrade crowd during Saturday’s semi-final match played in front of full stands, Novak Đoković has defeated Russian tennis player Karen Khachanov 4:6, 6:1, 6:2. It took him two hours to reach Easter Sunday’s final of the Serbia Open. The world No. 1 did not get off to a good start but, at a crucial moment, Đoković found the higher gear feeding off the energy of cca 8.000 tennis fans at Centre Court and staged another comeback.

Đoković was again his old self, wise and patient while building points. He has firmly secured his place in the final to be played on Orthodox Easter Sunday, the most important religious feast of the year, and brought joy to the visitors who bought their tickets for the final match of the Serbia Open a couple of days ago.

“I didn’t get off to a good start. It seems that it has become my routine to lose the first set. I’ve lost the first set in all three matches I played. I’ll have to make some changes before the final in order to start a match better. Honestly, I wouldn’t mind losing the first set and then winning the match. The second and the third set were probably my best tennis this week. I’m glad that it happened before the most important match, the final,” Novak Đoković said with a smile that showed satisfaction after his match with Khachanov.

While Đoković was still attending the “brief” with reporters, Rublev finished his match with Italian tennis player Fabio Fognini to set up an Easter duel at the Centre Court of the TC “Novak”.

“ I played with Rublev only once before, in Turin, in last year’s Nitto ATP Finals, but the conditions were different then: height above sea level, a different surface. We’ve never played on clay before and this will be our first match on a clay-court. When you reach the final, then you try to do your best and give all you have and more. You do your best to win the title. Anyhow, Rublev is a good player, he has held a firm place in Top 10. When he plays, he is looking to find the way to impose his game and knows how to find it, to be in control. His forehand is powerful. We still have to work on the tactic. I know what to do. I’ve talked to Goran about this already. I hope to have a better start than I had in the last three matches and then let the best man win.”

Đoković has also explained that he is still looking for his game but added that he is feeling much better than at the start of the tournament. Something that became obvious in the second and the third set.

“I believe that in the final stages of a tournament, it is crucial, in addition to physical fitness, that you can really feel your shots, and that goes for all of us. The crucial factor then becomes mental fitness, how long can you maintain your focus, your game level, since you cannot permit
too many oscillations. I like to feel strong on the court. To me, it is more natural to play like that, to make more pressure but now I’m talking about nuances you apply when you try to outmanoeuvre your rival. It’s important to remain calm and focused because top players recognise the momentum and take advantage easily. “

Novak Đoković played only few matches this season but, according to him, it was not his goal to spend too much time on the court either.

“It was not part of my original plan to play three sets, only two, but the circumstances did not allow it. You have to adapt to the given circumstances in order to provide the best possible result. Having in mind the lack of match practice this year, maybe it is a good thing that I’ve played three sets here. I’ve gained confidence, I’m making progress and I’m looking forward to this challenge to play one of top 10 players in the world. I would like to thank Rublev, and Khachanov, for coming to Belgrade. We must not forget that this is an ATP 250 tournament. He could have chosen a different tournament that brings more points. He’s always played a tournament in Barcelona, an ATP 500 tournament. As much as I want to win the tournament, I also want the tournament to live. I’m satisfied with everything that’s happening. We’ve made great progress in the organisation of the tournament and the quality of tennis. It’s all phenomenal this year. It’s a wonderful thing to see, a unique opportunity to create an excellent
image to promote Belgrade and Serbia. 1.000 TV stations broadcast these matches. However, we must not forget the celebration we have prepared for the visitors and an opportunity to find out who’s the tournament’s best player,” Đoković concluded.