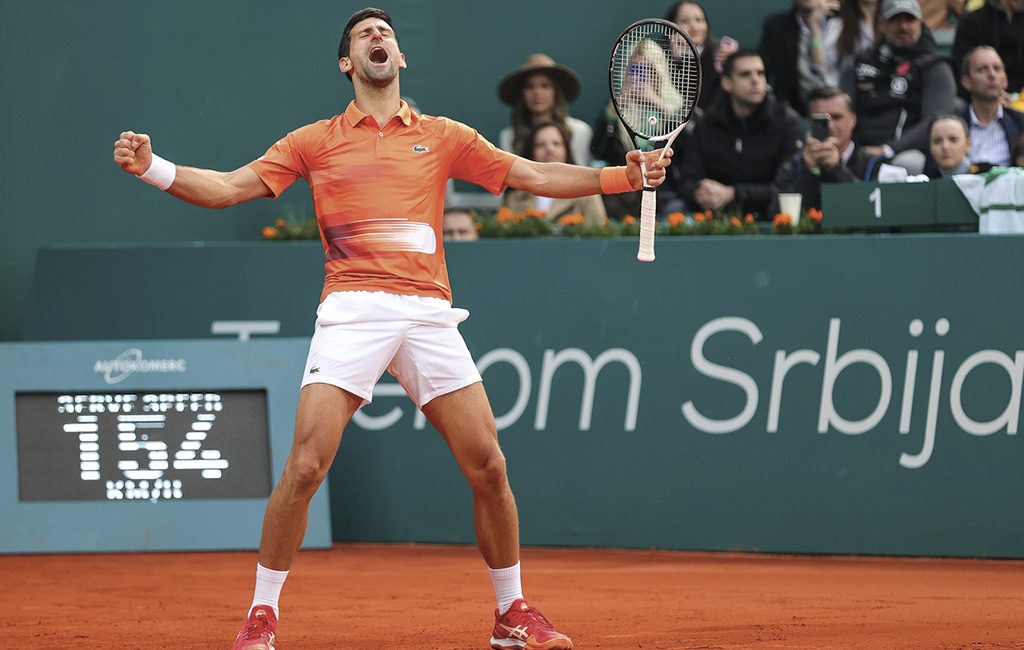 Novak Đoković has embarked on the match against Miomir Kecmanović in an identical manner as he did the day before in the duel with Laslo Đere. He was one set behind but then the world No. 1 stepped up his game, played excellent tennis and won.

“Yes. I needed matches like this. These two wins are very important for me, for my shape, and the overall feeling on the court, both in terms of my game and my physical fitness. This is the best possible scenario for me. I’ve had a long match with Đere and I turned the match around in the end. The match lasted over three hours, and it was an approximately two-hour match against Kecmanović, and they are both in good shape. I needed this because I played only few matches this year. I’m still looking for my game. My game is still not as it should be and as I hope it will be but it’s getting better every day. That’s what counts,” World No. 1 Novak Đoković said.

Đoković admits that this was not his best tennis but that his experience prevailed in both matches.

“I was on the brink of defeat from local tennis players on both occasions and both times in a challenging situation for a tennis player. I managed to find a way to win. It happened a lot throughout my career but I also lost matches. There are no rules, no guarantees, but experience and self-confidence are mainly positive and can bring many benefits to a person.”

Đoković also praised his opponent, Miomir Kecmanović, and his tennis today, and then described how he felt after two fairly long matches.

“As fresh as ever and as strong as ever. Let’s say that my body does not behave as it did ten years ago but I do feel better than on Wednesday with God’s help and the help of my team. I’m looking forward to my day off since my next match is on Saturday.”

In the semi-final, Đoković is meeting Khachanov. He had only good things to say about Khachanov and his opponent, Monteiro.

“The last couple of days have been very exhausting for me. It’s good to have this day off. Left-handed tennis players are tough opponents and there are not many on the tour. Monteiro played well here and won two matches in the qualifiers. When it comes to Khachanov. I’m better acquainted with him. He’s been among top 20-30 players in the world for years. He’s tall, strong and turns to offence a lot. He defeated me in the final of Paris-Bercy. We practiced together recently, and he is quite fit. A tennis vet, hits big, with a lot of output power. I know what to do, I know him well, but I don’t want to reveal my tactic. I rely on major support from the stands and I hope to emerge victorious once again.”

Đoković asked for audience’s support from the stands all the time and they obeyed, during both matches. The energy coming from the stands was incredible and they simply did not let the best tennis player in the world lose his way.

“I like playing in Belgrade, at this tournament, in front of our people. Their energy is incredible. I really like being here. And I feel that support every step of the way,” Đoković concluded.