Đoković: I expect audience to be the wind beneath my wings 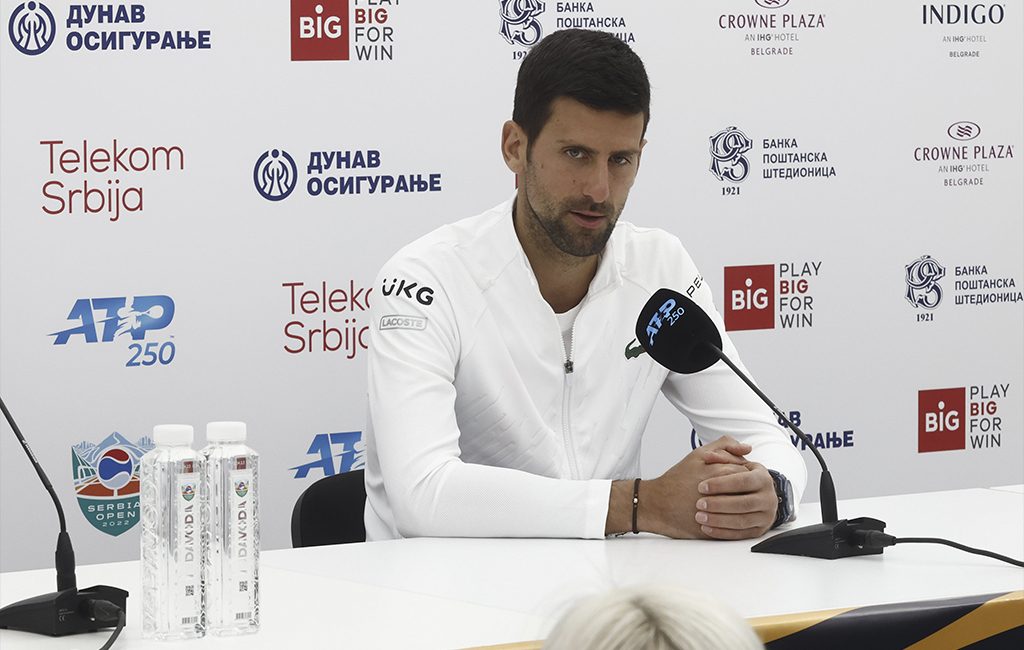 Belgrade audience is eagerly waiting to watch the best Serbian tennis player and so does he. Novak Đoković is optimistic ahead of his first match at the Serbia Open and his smile at the press conference spoke volumes.

The world No. 1 is ready for the first match against one of his fellow Serbs (Međedović/Đere) and is looking forward to his participation at this year’s Serbia Open 2022, the tournament he holds close to his heart.

“I am trying use every moment to improve my game and my physical shape because that is something that needs to be done for this and other clay-court tournaments that follow.

Clay is the hardest surface to play on in our sport. I was not fully ready for the tournament in Monte Carlo and I knew that before the tournament started. However, I need match practice and this is the surface that requires a lot of time spent on the court during training sessions, and even more during matches. I hope to play more matches in Belgrade than in Monte Carlo. Honestly, I expect support from the stands and a good atmosphere. That is something that always puts the wind in one’s sails,” Novak Đoković explained.

The best Serbian tennis player then explained why he chose to play in Belgrade, and how much the support of the home crowd means to him.
“Some of my greatest career achievements and the best tennis seasons I had in the past came as a result of the Davis Cup victory in front of spectators in Belgrade in 2011. Somehow, local tennis fans always knew to recognize the moment when both myself and other players needed an encouragement and a boost. Last year, it happened ahead of Roland-Garros. Also, I had never before played a tournament in the week ahead of Roland-Garros but last year I decided to do just that. Because it was Belgrade and I needed the feeling that the audience is the wind beneath my wings. It came true, I won the tournament, and it turned out I made a good decision ahead of the French Open.”

When it comes to Roland-Garros, Novak Đoković believes that he will be ready for the tournament.
“Rolan-Garros is the quintessential clay-court tournament and I’m partly already there in my thoughts, in terms of preparations and everything I do at the moment to get there as ready as I can be.”