Đoković: I apologise to the audience 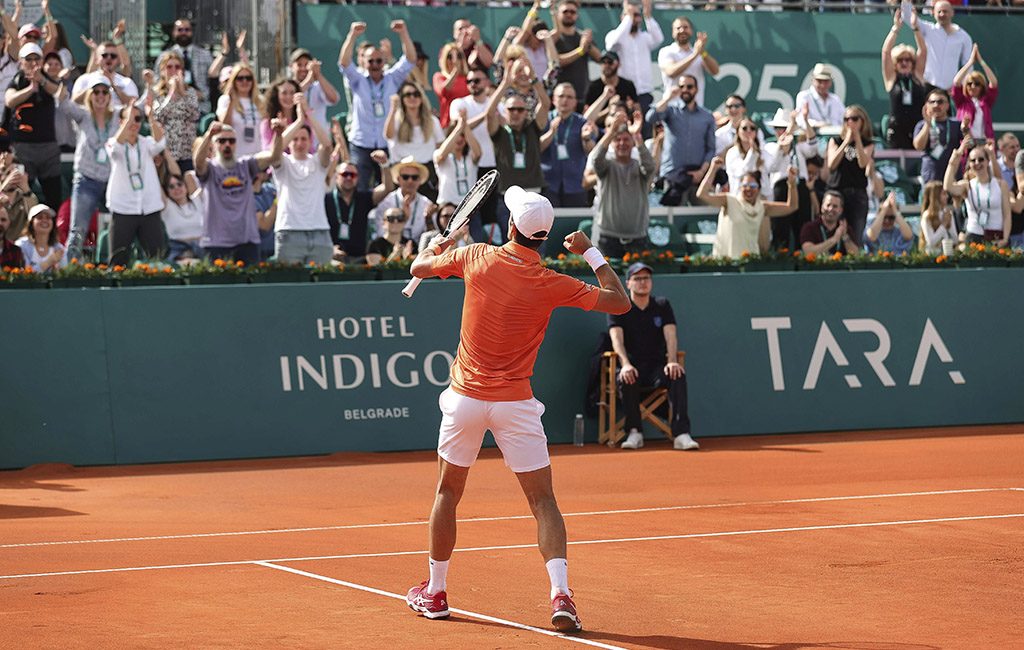 World No. 8 Andrey Rublev defeated Novak Djokovic 6-2, 6-7, 6-0 to win the Serbia Open’s Easter final. Despite incredible support from approximately 8,500 tennis lovers on the stands, the world No. 1 failed in his attempt to add the Serbia Open 2022 trophy to his large trophy
collection.

Đoković regrets the lost final but finds solace in the fact that he has slowly been improving his game before the continuation of the season on clay. Anyhow, the world No. 1 and the world No. 8 have prepared a real treat for the spectators, a tennis spectacle to remember, held on the
greatest feast in the Orthodox Christian calendar, and we don’t have any doubt that Novak will add more trophies to his collection during the year.

“It’s a shame I lost all my energy in the third set and failed to put up a better fight. However, I see this final as a positive thing. I congratulate Andrey on the title. He’s had a good week, and he’s one of top tennis players in the world for a reason. At the end, I have to say that I’m tired. I could have lost the in the first round. I’ve had three tough three set matches and that will help me in the continuation of the season. At least this weariness caught up with me in the fourth match and not in the first, like it happened in Monte Carlo. Paris is my goal and I hope I’ll be ready,” said Novak Đoković.

Đoković has underlined that he was not feeling so well on the court but did not want to talk too much about that. He wanted to give more to Belgrade audience but it simply wasn’t possible in
the third set.

“I’ve never experienced anything like this before. Maybe at the start of my career. That’s why I believe it’s due to a medical condition. It seems that I need more time to recover than I expected. I was feeling well until the second set. I was lucky to win the tie-break. I stepped on the court after a medical timeout and I thought I was ready for the third set. However, I’ve had enough energy for two or three games only. I know that it is not pleasant to watch something like that from the stands. I apologise for the third set but I did all I could.”

The entire Novak Đoković’s coaching team he was successfully working with for years, claimed many victories with and wrote tennis history with was watching the final with Rublev.

“Marian travelled a lot with me during the course of my career. He got tired. We have made a decision to end our collaboration together a year ago. We just didn’t make it official. That is why we have now organised all this at the tournament. We have achieved a lot together. I wanted to celebrate that and this was an ideal opportunity.”

“Miljan also travelled a lot with me and he has three children to think about. On the other hand, we have big plans for the Centre, i.e. to start a tennis academy. In order to make great things, you have to have people you trust in your corner, and I’m glad Miljan Amanović accepted to spearhead this idea. It will help the development of tennis as a sport. I will not be making any changes to the rest of my sporting team. We all stay where we are,” Đoković concluded.