Wide smiles and joy everywhere in the Fan Village 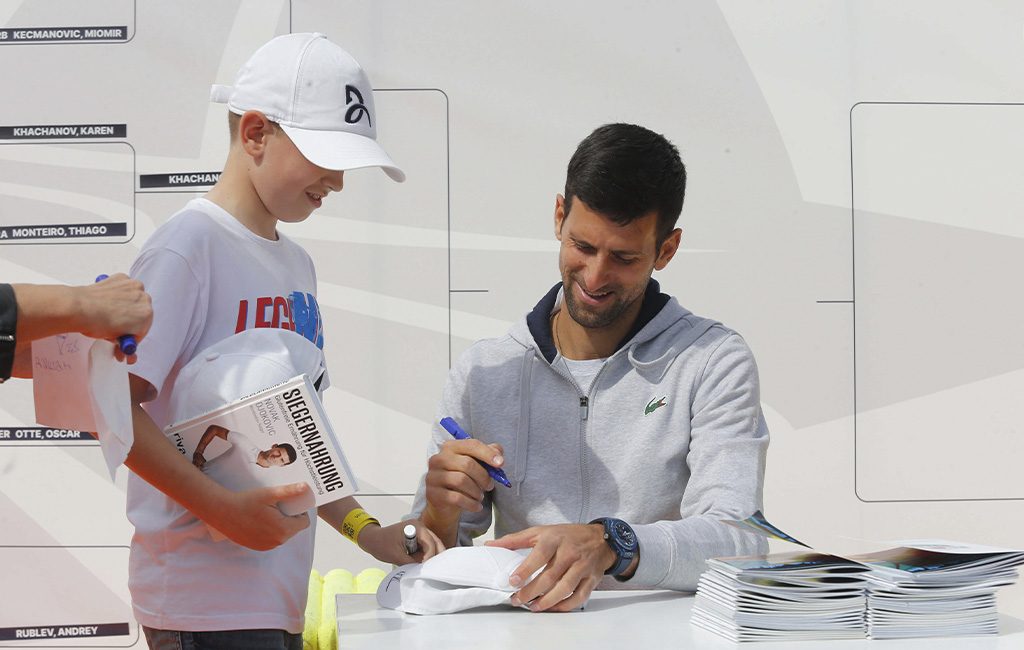 Tennis balls, T-shirts, Serbian flags, baseball caps and books are just some of the items Novak Đoković’s fans asked him to sign before they leave the Serbia Open 2022 and remember the event with fondest memories.

The luckiest ones had an opportunity to take a photo as well and capture a special moment they will be telling their friends about for a long time.
The Fan Village within the “Novak” Tennis Centre was too small to receive all those who have been patiently waiting in queues since late morning hours to see the best tennis player in the world, to take a photo or even film Novak. There were queues to greet Novak before he came to the Fan Village and he received ovations upon his arrival to the fan zone.

In a good mood, Novak was signing all the items for beaming children of different ages as well as those who have been fans of Novak’s tennis skills for a bit longer. At the end of this get-together, Novak threw signed tennis balls to fans and left to get some rest before tomorrow’s Serbia Open’s semi-final against Karen Khachenov.