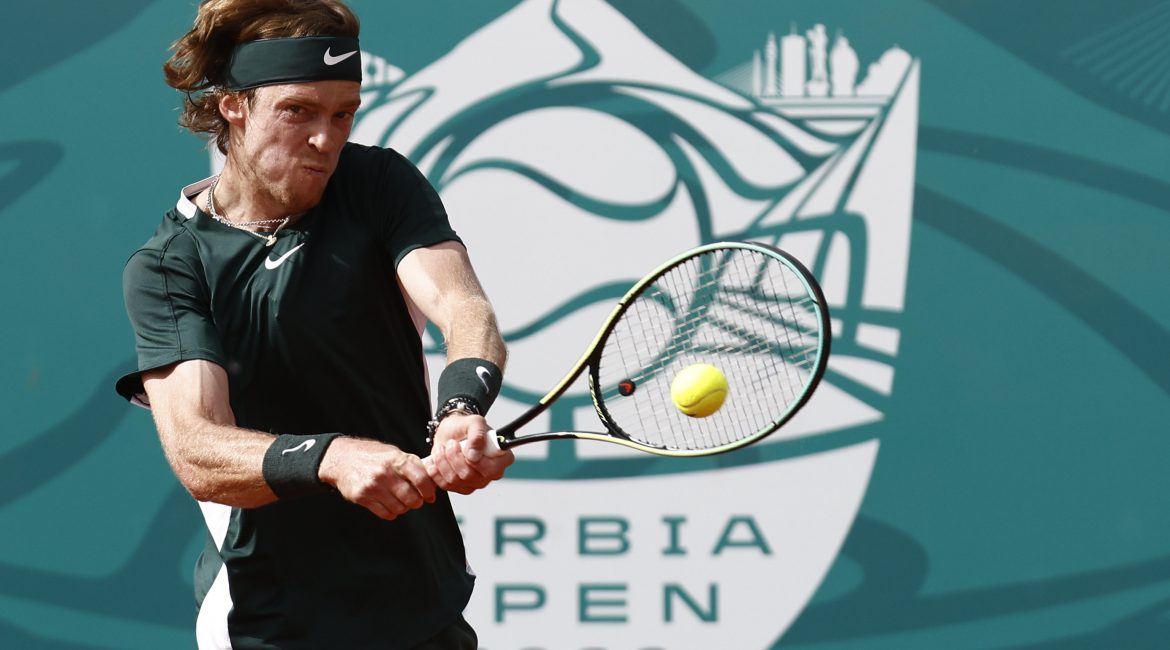 It was Andrey Rublev’s first time in Belgrade and he is travelling from the Serbian capital to Moscow with a trophy awarded to the winner of the Serbia Open. Despite the fact that he defeated the top seed and the people’s favourite, the audience at the Centre Court broke into an applause for the world No. 8 so loud that it could be heard echoing outside Belgrade.

The young Russian has earned the ovations for his tennis. His game was constant during the tournament, he did not lose focus and we are sure that his stay in Serbia will only bring back fond memories in the future.

“The final match was a little of everything but essentially I played well. It’s clear that it was not Novak’s best tennis. He played more at a medium level. Generally speaking, it was a mentally challenging match. Đoković is one of the best players in the world. I hope we’ll have an
opportunity to meet again for a rematch.”

The audience greeted Rublev’s tennis with an applause and this win will certainly serve as a confidence boost for the rest of the season on clay and his participation in Paris.

“It’s really a special feeling to win a title here. I thank audience for their support to all the players at the tournament. We have had their support throughout the week and it means a lot us to be playing in front of full stands. We are grateful and I hope I’ll play here next year as
well.”

Rublev knew that he could not relax, not even when he had a 3:0 lead in the third set.

“Đoković has made many comebacks after he lost the first set. I knew I had to be focused. I broke his serve in the third set and had a 3:0 lead. I noticed that Novak was tired and thought that I might win. However, I could not really relax because you never know when he could make a comeback. Anyhow, it is always a pleasure to play in front of full stands. I knew it would be a difficult match and that the audience would support Novak. It’s only natural. It’s his tournament and his town.”