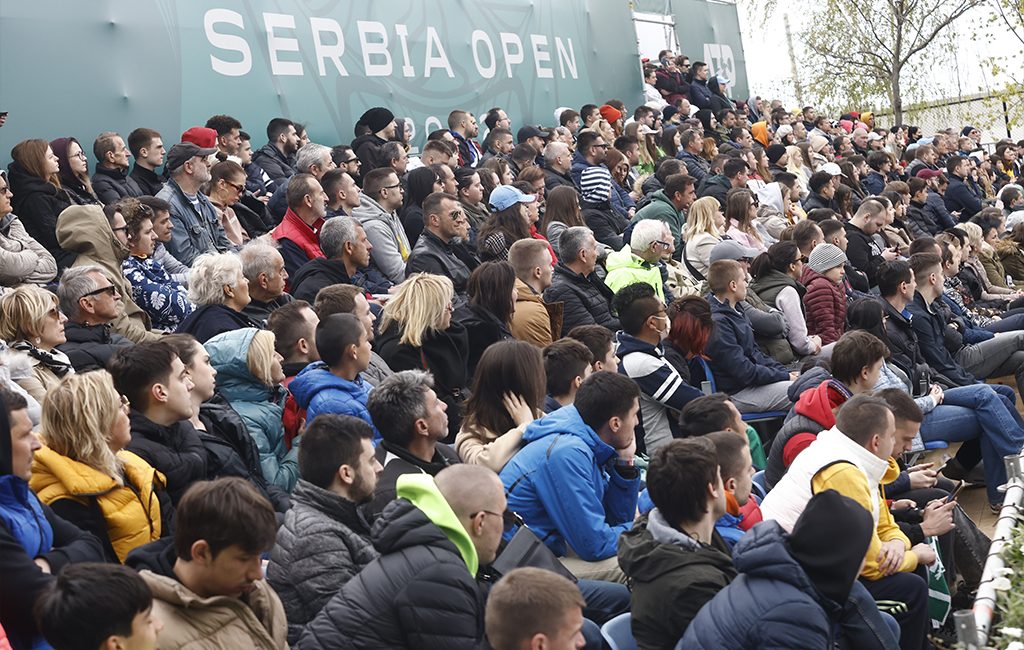 This year’s Serbia Open, a tournament in the ATP World Tour 250 series, kicked off with qualifying rounds which, as expected, garnered great attention of tennis fans.

More than 3,000 people had an opportunity to watch tennis from the stands of the TC Novak and enjoy attractive shots and phenomenal atmosphere from the start of the first match until late evening hours.

In addition to Belgrade citizens, a large number of people from other Serbian towns also had a chance to feel the atmosphere at the biggest tennis spectacle in the country at Dorćol, together with numerous tennis fans from other countries in the region.