Full stands at the complex of tennis courts near the Danube 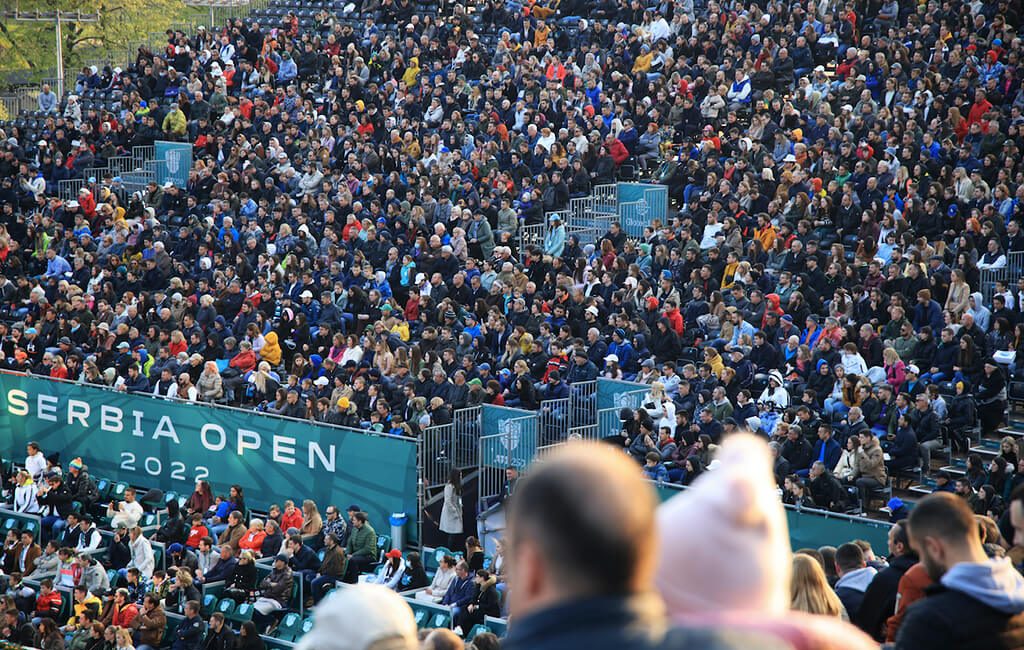 Not even a mildly cold April evening in Belgrade “brightened up” with wind coming from the Danube River did not prevent tennis fans to fill out the stands on Centre Court in Dorćol.

Almost 8.500 spectators watched an exciting match between Novak Đoković and Laslo Đere. Despite the fact that home crowd mostly supported the best Serbian tennis player, according to reactions, the audience was reluctant to leave the stands.

When Đoković needed support during crucial moments, the crowd’s loud clapping must have been heard across Belgrade. Laslo had his supporters too. “Let’s go, Nole. Nole. Nole,” the audience chanted.

During an all-Serb match, the spectators clapped so hard to reward phenomenal tennis shots exchanged between Đoković and Đere that their hands must have hurt, and, although it got pretty cold during the evening, no one even thought of leaving before the last point was played at the complex of tennis courts of the TC Novak.

Tennis matches played on the other two tennis courts were not without spectators either. The most interesting atmosphere was at Bolelli/ Fognini vs Behar/Escobar doubles match. Despite the obvious support of Belgrade audience, the South American doubles team emerged victorious from this match.