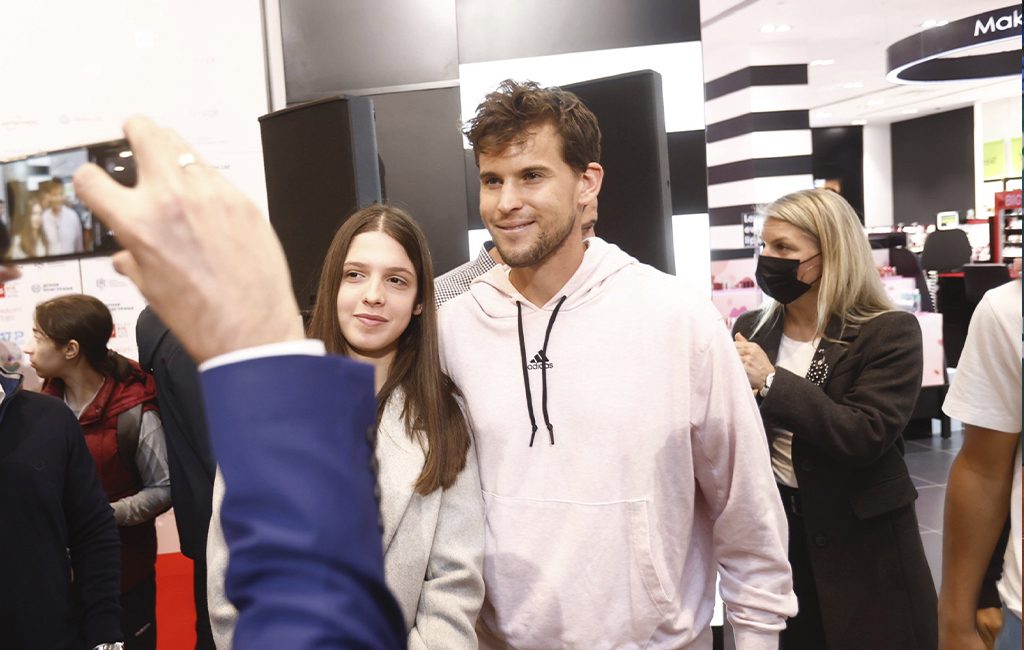 After the schedule of matches to be played on the courts of TC Novak as of April 18 has been revealed, Thiem took time to take photos and sign tennis racquets and balls brought by the youngest tennis fans.

We will soon have an opportunity to watch Dominic Thiem play tennis at Dorćol, a place that might
become a place of his great comeback.