Rune: I am satisfied with how I played 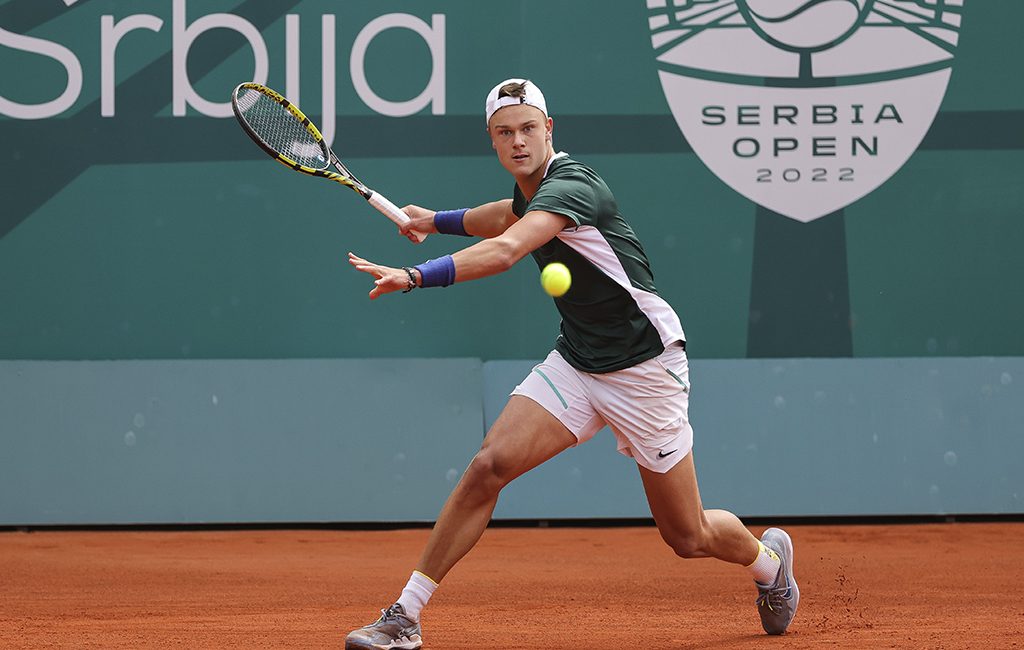 Young Danish tennis player Holger Rune has easily advanced to the second round after he defeated world No. 31, Chilean Cristian Garin in two sets, 6:3, 6:1.

It seems that Rune already has many admirers among local tennis fans since spectators cheered for him during the entire match.

“I feel good although I’ve played a demanding match. I played seriously and my tactic against Garin has been clear from the start. Maybe some of his shots caught me off guard but I am satisfied with the result,” Holger Rune explained.

In the second round, the Danish player will square off with one of Serbian players, the winner of the
match between Lajović and Đere.

“I believe in myself and I play aggressively all the time. This is the time for me to play and join the best. I am looking forward to future matches. I am very excited. Lajović or Đere are my next rivals, we have to wait and see who wins but anyhow, I’m looking forward to everything in Belgrade.”

Rune also talked about his progress since his participation at the US Open and his encounter with Đoković.

“I’ve learned a lot. I’ve had an excellent chance to play against the best tennis player of all time at the centre court. It was a great opportunity. I knew before that I could play with the best but this gave me additional strength and motivation. I remember that match as something special. Novak is such a good fellow and a great champ. It was great for me,” Rune added.

His tournament-related obligations still did not give a chance to the Danish player to explore the Serbian
capital.

“I still haven’t seen Belgrade. I will probably explore a little tonight or tomorrow. This is my first time in
Serbia, it seems nice, I’ve talked to others as well. I’ve heard only the best about Belgrade.”