Khachanov: I wanted to come to Belgrade 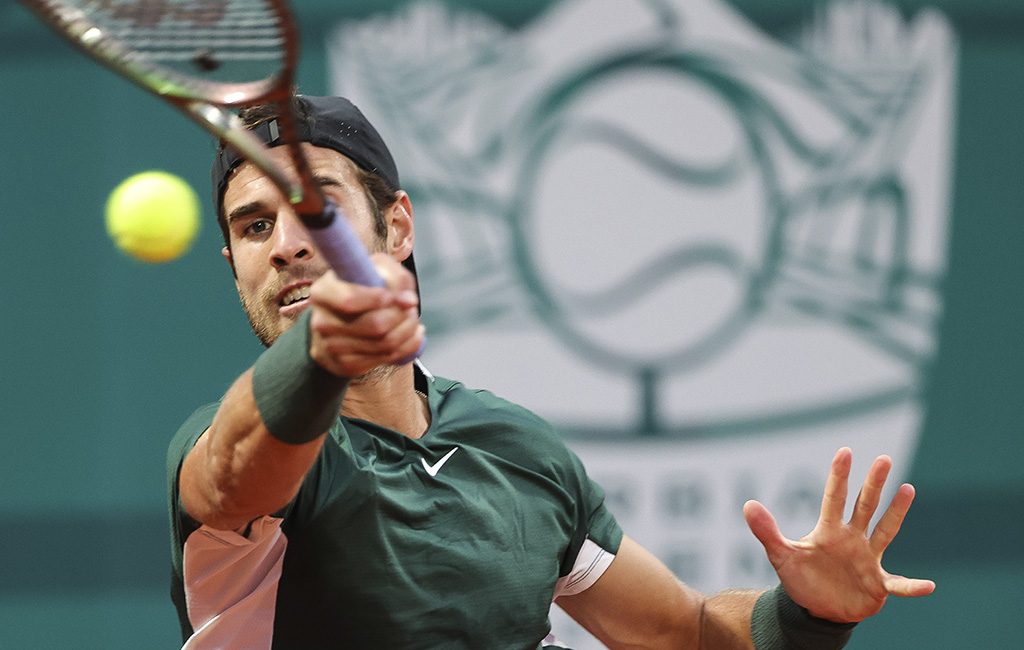 Karen Khachanov eased into the semi-final against Novak Đoković on Saturday after he defeated Brazilian tennis player Thiago Monteiro. The Russian player is aware that it will not be easy for him because of home crowd and support they’ll be giving to the Serbian player.

However, he has no plans of withdrawing without putting up a good fight for every point.

“I arrived to Belgrade last Friday and I’ve just played my first match. It’s a strange situation. However, I’ve had enough time to practice and get ready for the tournament. I played in Serbia last time in 2017 at Davis Cup competition in Niš. Serbia and my home country have special ties and I feel at home here. There are many Russians supporters here. On the other hand, this is my first time on this tournament and I’m more than satisfied.”

He also revealed what he liked the best.

“The TC Novak is fantastic. Everything is incredible, starting with courts and tournament conditions for players. I like the fact that everyone is so optimistic.” “Unlike me, Thiago played three or four matches and won, and this was only my first match. I’m satisfied with the start of the tournament. When things were not going my way, I was trying to be optimistic and I managed to improve my tennis as the game advanced. I’m very happy to have won,” Khachanov said.

Khachanov is not hiding that he is looking forward to his match with Novak. They played their last match in Dubai this year but they also met at Roland-Garros in 2020. The Serbian player won the last duel.

“Yes. Novak won the recent encounter. It is much different now. This is his Centre, his town, his country
and his people. Everything is his. I expect a good atmosphere, I know he’ll have full support from the stands but I hope they’ll cheer for me a little as well. I know that we’ll have full stands. It will be an interesting match and I hope to put up a good fight. I couldn’t have wished for a better opponent in the semi-final.”